May 18 Posted by Doug Wilhelm in doug

The other day I did a Zoom session with a seventh-grade class, and glimpsed what teachers are coping with. All I can say is, summer is coming! Whatever you're coping with, I hope you’re staying well (and sane).

I had covid-19 last month, but I’m steadily recovering, back at work and grateful to still be here. So it was a huge uplift when, on a single day this month, my multicultural YA novel Street of Storytellers — which was rejected by every major publisher, before being picked up by a tiny “indie” house here in Vermont — won national awards from two different competitions.

A month after it came out last fall, Street of Storytellers, which has an American teenage narrator and is set in Pakistan's Northwest Frontier during Christmas week 1984, won the YA Fiction Book Award from the Independent Publishers of New England. Then last March, Kirkus Reviews named it an “Indie Editors’ Choice.” The journal’s review, featured in its April print issue, calls Storytellers a "thriller" that’s “an entertaining, thoughtful look at a complicated historical, religious, artistic, and cultural crossroads ... An especially strong, moving, and well-described theme is the power of music to overcome barriers of many kinds.” 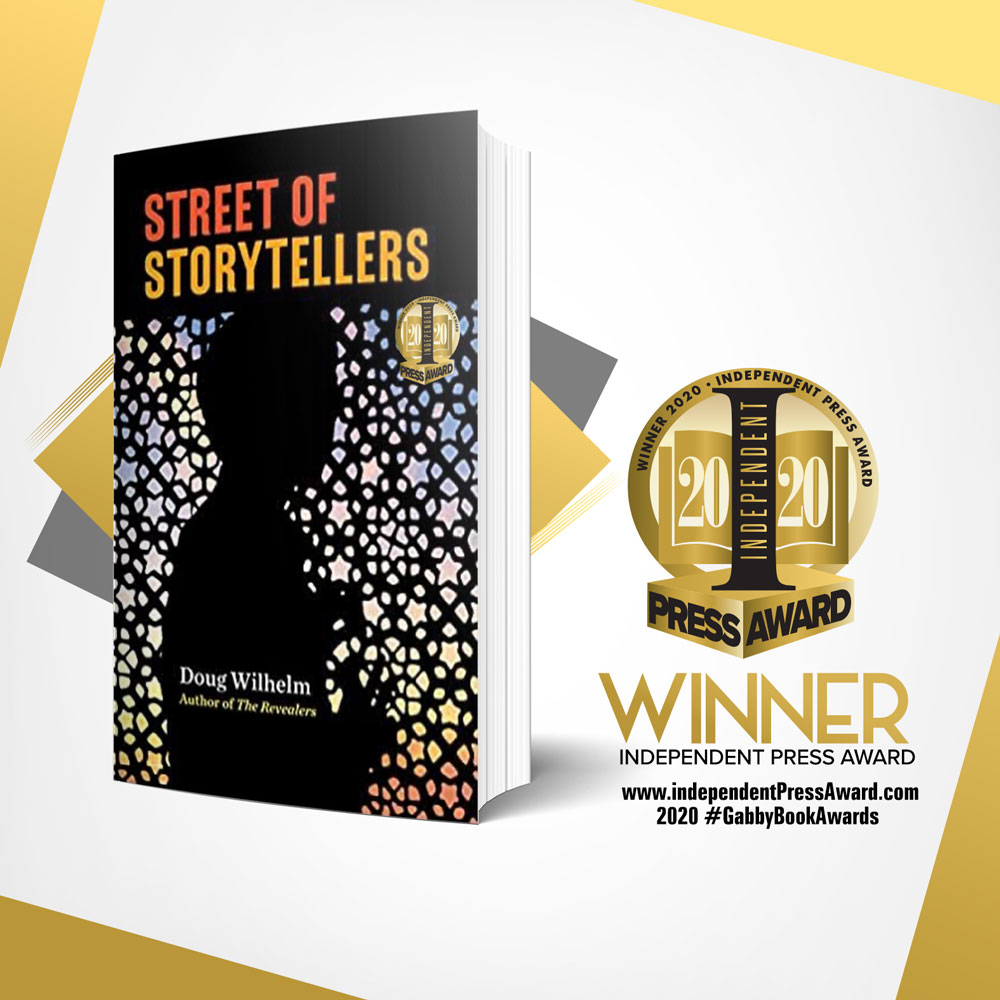 We’ve been notified that one more award is coming, the most surprising one by far ... but I can’t say anything about that until later this month.

Meanwhile, Street of Storytellers is worth a look! Dougwilhelm.com offers for a synopsis, for information on discount bulk purchases, and to see how 11 prominent book bloggers assessed it: “an intense, captivating, riveting, intriguing and significant novel” ... “vividly told, fascinating, and compelling” ... “a beautifully told story about three different families from extremely different worlds discovering how they fit together.”