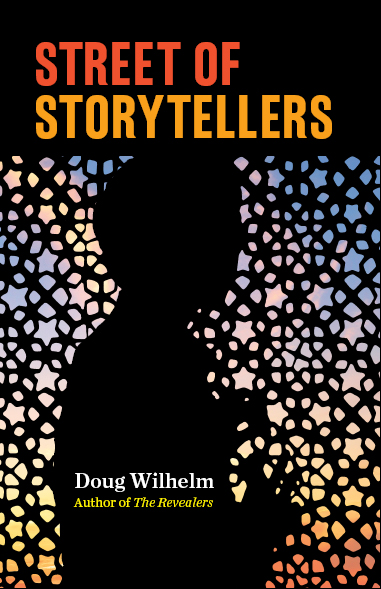 This is many books at once: a thriller for teens, an adventure story, a multicultural book, a historical novel, and an award-winning book for both YA and adult readers.

Street of Storytellers unfolds over Christmas week 1984 in Peshawar, an age-old crossroads city by the Khyber Pass in Pakistan’s North West Frontier. As the story makes clear, this is a critical time and place in modern world history.

• Luke, the American narrator, who is angry that he’s been brought here over his holiday vacation by his dad, a professor of ancient history;

• Yusuf, a waiter in Luke’s hotel, who with his family has fled the terrible violence in next-door Afghanistan, a nation in revolt against an invading power, the Soviet Union;

• Danisha, the daughter of a local history professor, who has taken some big risks in joining the women’s resistance to religious extremism in her city; and

• Rasheed, Dani’s older brother, who has joined a new group of young, would-be jihadis who hope to join the war against the Soviets — and are led by a wealthy man, recently arrived from Saudi Arabia, named Osama bin Laden.

What happens to these four in this fast-moving story, and the choices they find they must make, raises striking parallels to our own place and time — another critical time in world history.

Reviews of the book

Resources for teachers and students