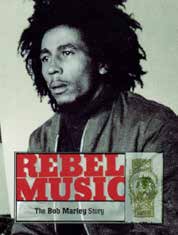 The New York Times called Marley (1954-1981), the Jamaican reggae star and songwriter, “the most influential artist of the second half of the 20th century.” This 90-minute documentary features performance footage, recordings from throughout his career, and interviews with the artist, his wife, bandmates, and various figures from Jamaican music and culture and others who knew Bob well. It tells a powerful story of how a fatherless boy from a poor mountain village became an international superstar while staying true to his mission of speaking for the poor and voiceless — at first in Jamaica, then around the world. 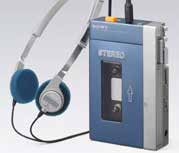 History of the Walkman

First introduced in 1979, Sony’s portable cassette player changed how people listened to music, and led directly to today’s mp3 players. This short article from theverge.com traces the 35-year history of a device that, in its day, was almost as widely used as smartphones are now.

Total Rewind: 10 Key Moments in the Life of the Cassette

When I talk with school groups, I’m always surprised that young people still know what a tape cassette is. Somehow, most seem to. Here’s an overview by the Guardian of a half-century in the eventful life of this once-universal medium for recording, storing and sharing music. 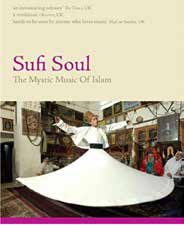 This fascinating documentary, hosted by noted British author William Dalrymple, opens up for new audiences the centuries-old traditions of Sufi music in the different forms it has taken throughout the Muslim world. These include the praise songs, called qawwali, that capture Luke’s interest when he hears them in a shrine outside Peshawar that is a center for music, poetry and tolerance.

Sufi rock, a force against extremism

Luke’s jam session with a group of Peshawar musicians, where he shares Western music they’ve never heard, is a fictional forecast of what became a huge phenomenon in Pakistan: the rise and spread of “Sufi rock.” This new form began to take shape in the early 1990s when Junoon, a band of young Pakistani musicians, began to blend Sufi shrine music with the rock ’n’ roll they also loved. 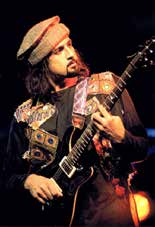 The Rock Star and the Mullahs

There’s a lot to talk about in this 2003 documentary, which traces Junoon’s career and shows a stubborn effort by Salman Ahmad, its guitarist and leader, to find out why extremist groups like the Taliban so strongly oppose music of any kind. Filmed after music was banned in public in the Pakistani province where Street of Storytellers is set, the documentary finds a hero in Ahmad — and it asks questions that religious extremists can’t seem to answer. (The film can be hard to find. This link is to the best online source I could locate, a blog that includes the movie in episodes.)

"A Rock ’n’ Roll Jihad for the Soul of Pakistan"

This 2009 article reviews how the struggle over Sufi music and Sufi rock have become central to the ongoing struggle between tolerance and extremism in Pakistan. 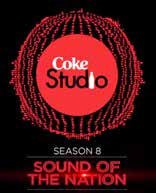 This groundbreaking series is of the world’s most popular and powerful music programs. Coke Studio Pakistan often brings traditional Sufi performers together with rock and pop artists — female as well as male — for live performance with top-notch studio musicians. The program draws millions of viewers, and has given rise to Coke Studio TV series in India, Africa and the Middle East. Discovering Coke Studio Pakistan was a breakthrough for me in developing Street of Storytellers.

This Coke Studio recording quickly became my favorite. It features Sufi singer/songwriter Akhtar Chanal Zahri and Pakistani pop star Komal Rizvi, and has been viewed, to date, over 16.5 million times on YouTube. Turn on closed captioning to better appreciate the two praise songs the performance combines.

The instruments of Peshawar in action 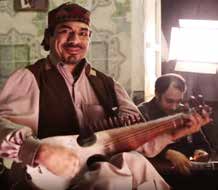 The rabab, or rubab, is very popular in Pashtun culture — and this video features one of its very best players. 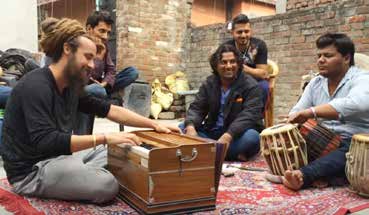 Here’s a very catchy jam session that features this keyboard instrument, together with tabla drums.

Played here by a very skilled 12-year-old, this is the traditional hand drum that Luke tries to learn.

This “festival drum” is a larger version of the dholak — and this amazing video has been viewed several million times.